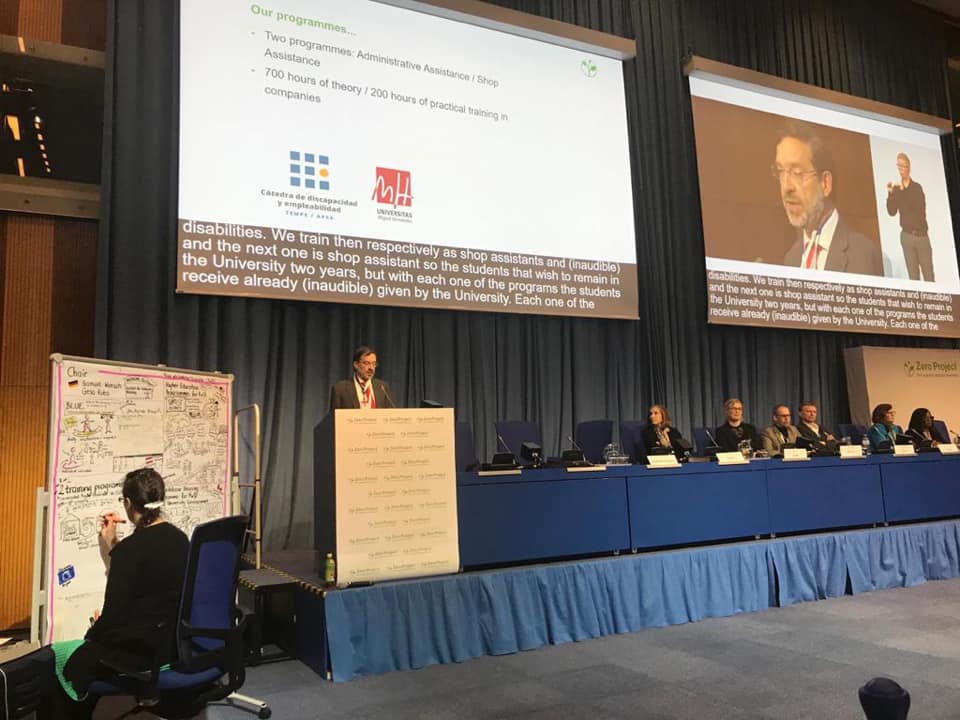 Zero Project is the most important international meeting on disability.

The meeting took place in Vienna (Austria), from February 19th to 21st.

The coordinator of U4INCLUSION, Antonio-Luis Martínez-Pujalte, was invited as speaker at Zero Project International Conference 2020, held in Vienna from February 19th to 21st and devoted this year to «Inclusive education».

Prof. Martínez-Pujalte took part in a pannel on «Vocational studies in higher education settings for people with intellectual disabilities», where he had the opportunity to present the features and goals of U4INCLUSION. Gesa Kobs and Samuel Wunsch, from the Institute for Inclusive Education -another one of our partners in U4INCLUSION- conducted the pannel.

As it is well known, Zero Project is probably the most important conference in the world on disability issues, with more than 900 participants from all over the world.